Where To Get BMW Repair In Walpole For Your Service Light

Do you know where to go for the absolute best BMW repair in Walpole if you need it?  It’s Revolution Automotive Services in Norwood, right down the road.  Call (781) 619-3482 for an appointment.

Let’s say that the 'SERVICE DUE SOON' light in bright yellow that appears on your BMW's dash. It's one of the commonly misunderstood warning lights. It's also one of the most dreaded, having caused panic in many Bimmer owners. 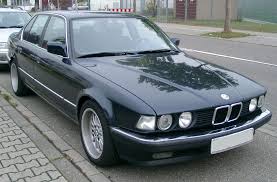 Many motorists still pay it no mind. Ignoring it has led to serious consequences, from pricier car repairs to more serious engine damages, poor driving performance, and worst, hazardous driving. Mind this warning.

You might be wondering; what does that light indicate exactly? And why should you have your ride checked as soon as that service light comes on? Let's take a look at some of the top reasons. 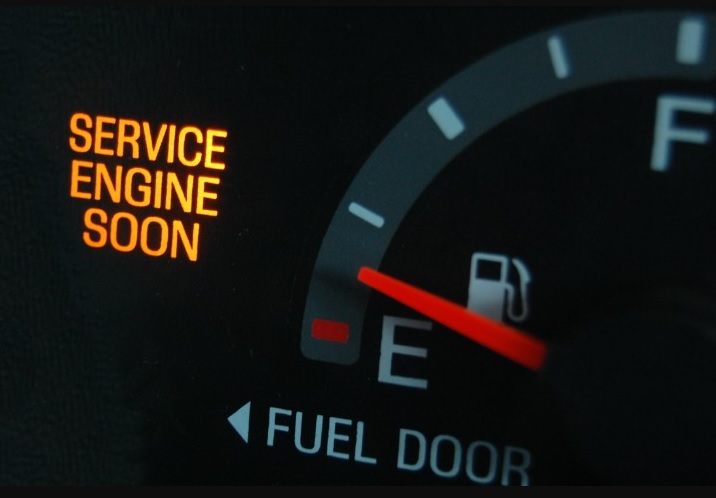 UNDERSTANDING THE SERVICE DUE SOON LIGHT

Before we further discuss the symptoms that require BMW repair in Walpole, know that as soon as the service light comes on, it pays schedule BMW service..

The 'SERVICE DUE SOON' light on BMWs is part of your vehicle's onboard diagnostics system. This technology monitors and manages the machine's performance, controlling aspects like the timing of ignition, speed of the engine, and the mixing of fuels. In newer vehicles fitted with automatic transmission, it signals when it's time to shift.

When the diagnostics system discovers an issue that it doesn't have control over, that's when it lights up that yellow warning signal. You may have seen other versions of this light, such as 'CHECK ENGINE,' 'CHECK POWERTRAIN,' or 'SERVICE ENGINE SOON.' Again, they don't automatically mean your car is about to break down completely, but it's also something you shouldn't pay any attention to.

Unless you are an experienced mechanic who has all the right repair tools and equipment, you should bring your car to a repair shop. That light is just a warning, so it won't tell you exactly what's wrong. Only a professional mechanic can completely diagnose the issue and perform the necessary repairs.

Now that you better understand this warning light, the next thing you want to know is why you shouldn't delay having it turned off as soon as possible.

With BMWs having a starting price of more than $30,000, it's undoubtedly one of the pricier brands to own. And that price doesn't even include on-going costs, such as fuel, maintenance, and insurance. You don't want to spend more than what your BMW ownership is costing you and paying that service light heed right away is one way to avoid unnecessary expenses. 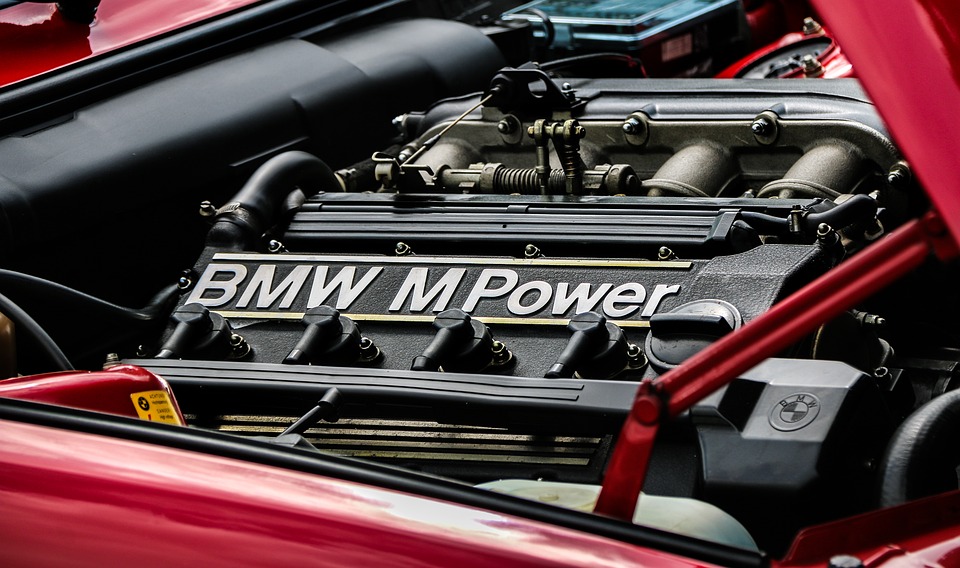 For BMW repair in Walpole, MA, it pays to take a ride to an experienced mechanic can quickly determine why exactly the service light is on right away,. The sooner they find the problem, the less chance of it worsening. And the less severe the issue is, the lighter the repair cost is on your finances.

Because It Always Means a Problem Has Occurred

Whether it's steady or continuously blinking, an illuminated service light signals the occurrence of a problem. This alone should prompt you to take your vehicle in for service. This is especially true for a blinking light.

A blinking light, whatever it is, brings a sense of urgency, doesn't it? The same thing applies to your BMW's service light: if it blinks rather than remaining steady, take it as a sign to have the car inspected by a mechanic right away.

A blinking light is a typical sign that an engine problem so serious has occurred that it's already dumping unburned fuel into the car's exhaust system.

When this happens, it can lead to the destruction of the catalytic converter, resulting in serious repair costs. So, as soon as you see that blinking service light, have a mechanic check your ride as soon as possible.

A steady light, on the other hand, doesn't indicate an emergency, although you should still set up a service schedule for your BMW. You may not see any difference in performance, but continued operation can affect fuel mileage. Your automobile may also produce more pollutants, such as hydrocarbons, contributing to the ever-growing problem of air pollution.
Don’t wait, contact us today for an appointment!
Give us a call at (781) 702-4602 or click the Request an Appointment button to the right.
Request an Appointment 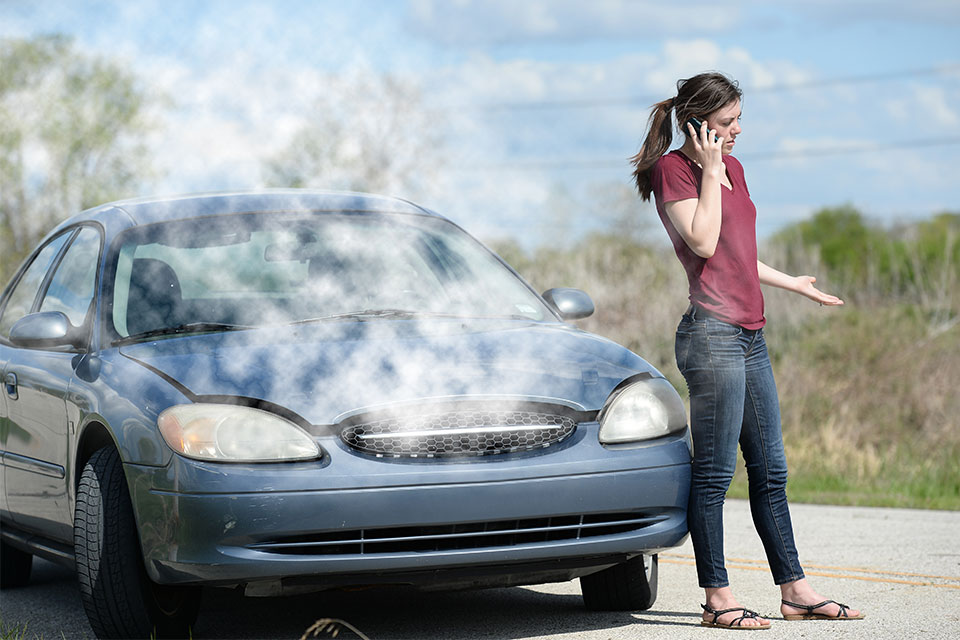 It's Costing You a Lot

One of the most common reasons behind that lit service light in your BMW is a faulty oxygen sensor. This is the part of your car that measures how much unburned oxygen your exhaust system has.

When it starts having problems, your engine will go through more fuel than necessary. Over time, your fuel economy will greatly suffer. Keep delaying its repair or replacement, and the problem will spread to the catalytic converter.

For Your Own Safety

That service light is much like the traditional check engine light. It reminds you that your ride needs servicing soon, lest you want inconveniences, headaches, or worse, dangerous driving. Again, this light can mean a lot of things, from a simple case of a loose gas cap to a more serious broken oxygen sensor to one of the worst: a severe engine misfire.

The most common concern about a misfiring engine is the expensive repair cost that comes with it.

You may still safely drive despite the engine misfire. However, continued use will compromise your car's engine, potentially causing much more severe vehicle damage.

And this is when driving may already become dangerous. The last thing you want is to be in danger or be a danger on the roads. So, before anything disastrous happens, for BMW repair in Walpole, MA call Revolution Automotive Services in Norwood. We specialize in high end German Auto repair and service.

While that 'SERVICE DUE SOON' light doesn't put you in immediate danger, it's something you shouldn't take lightly. Do so and you may just end up with a completely failed engine. Besides, that light can be annoying, even distracting, so you want it turned off right away.

Don't wait until it's too late. Contact us now to schedule a complete diagnosis of your BMW so that we can determine - and address - why exactly the service light is on.